The popular saying used to be that big fish would eat small fish. This has since changed significantly in the light of recent happenings in the global economy; UBER, until recently a relatively unknown company out of Silicon Valley in California employs 160,000 drivers today, and is adding an average of 20,000 drivers every month. This transport services disrupter is now valued at $41b. Another obscure company with similar roots, AirBnB, has over 1.5m accommodation on her platform, and is now valued at $25b. Upwork, a platform that connects businesses with freelancers have gone from zero to $1b revenues in just five years and projects to reach $10b in the next 5 years. END_OF_DOCUMENT_TOKEN_TO_BE_REPLACED

Countless times this question had been asked at our corporate events: Workshops, exhibitions, product launches, award ceremonies and crucially through our public interaction channels i.e. website, social media platforms and mail updates. Similarly, some other people have concluded that we sell computers, if not manufacture or maintain them, thanks to the initial word in our name (Computer) and the suggestive “Warehouse” right after.

Computer Warehouse Group (CWG Plc) is a leading provider of Information Technology solutions across West, Central and Eastern Africa with annual revenue of $120 million and staff strength of over 650.

The Founder and Chief Executive Officer, Computer Warehouse Group Plc (CWG), Mr. Austin Okere has been appointed as a member of the first National Telecoms Advisory Council (NTAC) of the Association of Telecommunications Companies of Nigeria (ATCON). According to Engineer Lanre Ajayi, president of ATCON‎, Mr. Okere’s nomination and subsequent appointment “is based on his significant contributions to the growth and development of the nation’s Telecoms industry over the years”. END_OF_DOCUMENT_TOKEN_TO_BE_REPLACED

The CWG Academy in partnership with Oracle, has organized the first Oracle Summer boot camp in the entire Sub-Sahara African region. The boot camp aimed at equipping participants from tertiary institutions in the country with requisite IT skills to proffer solutions to challenges in the industry.

END_OF_DOCUMENT_TOKEN_TO_BE_REPLACED

The award is in recognition of CWG’s effort towards making a difference in its immediate and extensive communities through its CSR programmes. Presenting the award, Southwest Regional Director of UK’s Department for International Development (DFID), Dr. Adeshina Fagbenro-Bryon END_OF_DOCUMENT_TOKEN_TO_BE_REPLACED

Computer Warehouse Group (CWG Plc), the leading Pan-African ICT Company, has launched www.openmall.ng, an online market-place that aggregates products from different stores on Openshopen.ng for ease of navigation for buyers and to enhance sales of store owners.

Openmall was launched at a ceremony which was held at the International Trade Fair Complex, Lagos. It witnessed the attendance of individuals from both the corporate and informal sector. END_OF_DOCUMENT_TOKEN_TO_BE_REPLACED

The Founder and Chief Executive Officer of Computer Warehouse Group (CWG) Plc, Mr. Austin Okere noted that the Company’s subscription business has begun to yield fruits. This statement was made by the CWG boss during his speech at the 10th Annual General Meeting (AGM) held in Lagos on the 25th of June, 2015.

The leading Pan-African ICT Company, Computer Warehouse Group (CWG Plc) is set to launch her online shopping mall, Openmall.ng as part of her SMEs empowerment initiatives. The mall is an aggregator that showcases products from the different stores on the CWG’s ecommerce platform, www.openshopen.ng

The event is billed to hold on Thursday, October 29th, 2015 at the International Trade Fair Complex Ojo, Lagos. END_OF_DOCUMENT_TOKEN_TO_BE_REPLACED

CWG Boss, Mr. Austin Okere will deliver a workshop at CBS, New York on leveraging the sharing economy to break into emerging market growth on the 27th October, 2015… Read more

Please contact Chris Bustamante to make an appointment. You can also watch a short video of previous sessions Here

The Chief Technology Officer of Computer Warehouse Group Plc (CWG), Mr. James Agada has indicated that the company, being the leading IT service provider in Africa, has the capacity to operate the Nigerian Research and Education Network (NgREN) so as to  enable it offer the appropriate shared IT infrastructure tertiary institutions in the Nigeria need to succeed.

He made this known while speaking on the topic: “Using PPP to Advance ICT in Tertiary Education” at the 2015 education conference organized by the Nigerian Universities Commission (NUC), the American University of Nigeria (AUN) and the Digital Promise Foundation, in Abuja. END_OF_DOCUMENT_TOKEN_TO_BE_REPLACED 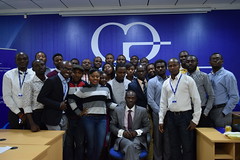 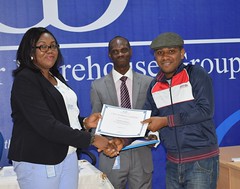 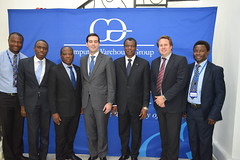 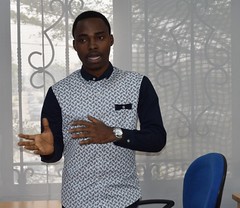